The Middle Ages designates the time span roughly from the collapse of the Roman Empire to the Renaissance and Reformation.

literature in English was performed orally and written throughout the Middle ages.

we have devided the period into three primary sectiond: Anglo-Saxon Literture, Anglo-Norman Literature, and Middle English Literature in the fourteenth and Fifteenth centuries.

In all the middle ages works, we have learn: Beowulf, Sir Gawain and the green knight, The Wife of Baths' Prologue and Tale, The Vision of Piers Plowman, The wakefield Second Shepherds' Play and the Morte Darthur.

upon all of those works above, my favorite one is still  The Wife of Baths' Prologue and Tale. though it was written in old English, it's content is the most interest of all. 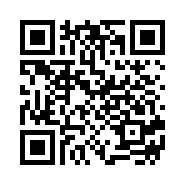